New in my synthesizer collection:
(but not really)

I have been a fan and loyal user of Roland V-Drums for many years. They have been around for over 20 years and are considered the best electronic drums around. I started it in 2013 after purchasing a Roland TD-30KV drum kit and early 2017 I upgraded it to a Roland TD-50KV drum kit with the purchase of the Roland TD-50 module, the Roland PD-140DS digital snare and the Roland CY-18DR digital ride cymbal.

And now the next upgrade follows: from a Roland TD-50 module to the new TD-50X module, time does not stand still...

Physically there are little to no differences between the original TD-50 module and the new TD-50X module: 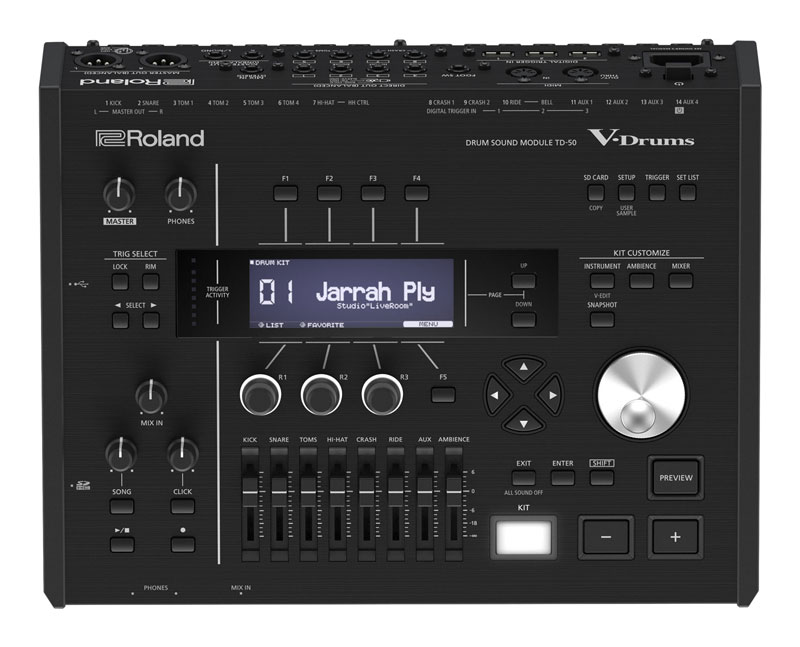 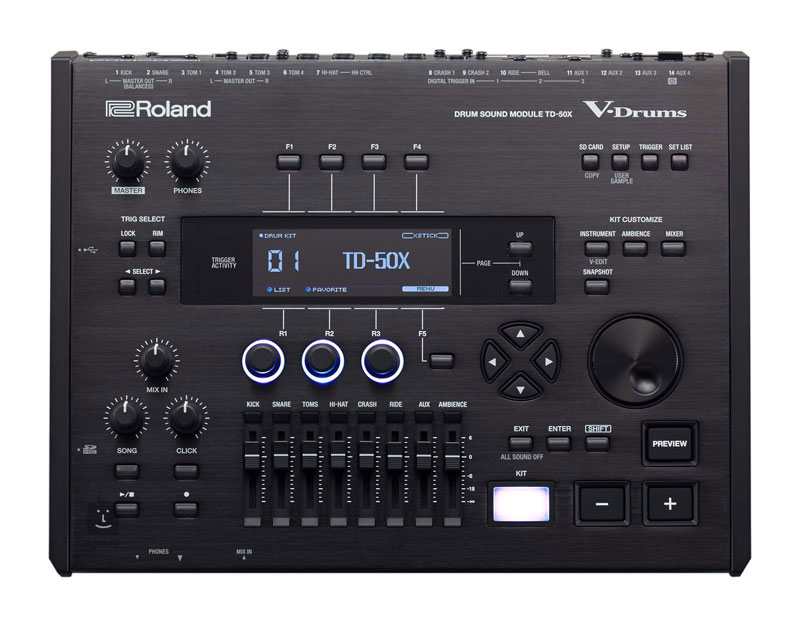 The new TD-50X has a black jog wheel instead of the silver version on the TD-50 and there are white stripes around the dials to make the position of the buttons easier to see in dark lighting conditions. Furthermore, the housings are identical except for some minor color differences and the connections on the back are also exactly the same.

And that's a big relief because... with a simple software update I was able to upgrade my TD-50 to a TD-50X, great! And this for only a fraction of the price of a new TD-50X, congratulations Roland!

So basically my old faithful TD-50 module has a completely new brain now with some important new capabilities:

But by far the most important novelty in the TD-50X is the activation of the hitherto unused 3rd digital USB trigger input for... the new Roland VH-14D digital hi-hat!

I have already ordered the VH-14D digital hi-hat, but no one can predict when it will be delivered due to the worldwide shortage of electronics parts, raw materials, shipping containers, truck drivers, etc... So more on that later!

New in my synthesizer collection: 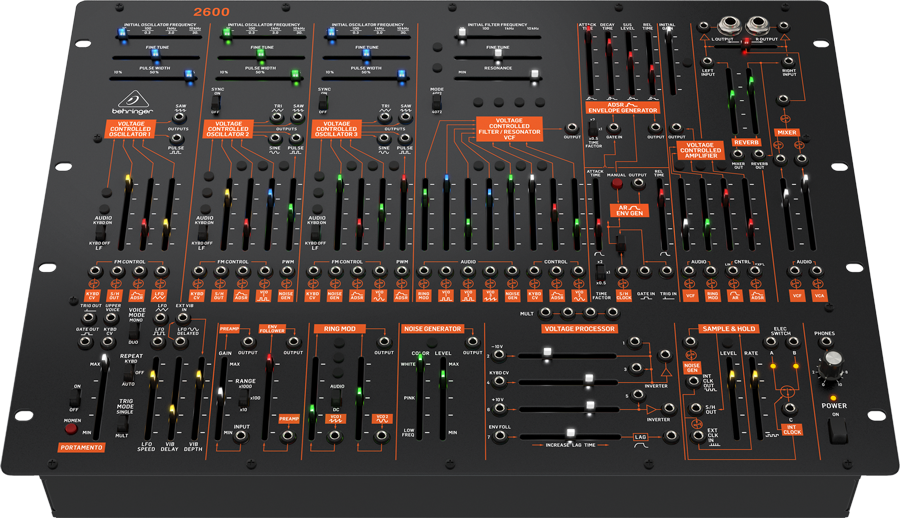 In my post of August 22, 2020 about the purchase of the Lexicon - PCM96 Surround D, I mentioned that unfortunately I had not been able to get an ARP 2600 FS because at the time the demand was much greater than the supply. In January 2020, KORG had re-released the legendary 1971 ARP 2600 semi-modular synthesizer in a limited edition of only 800 pieces. The 'FS' in the name stands for 'Full Size', so it was a full size replica: 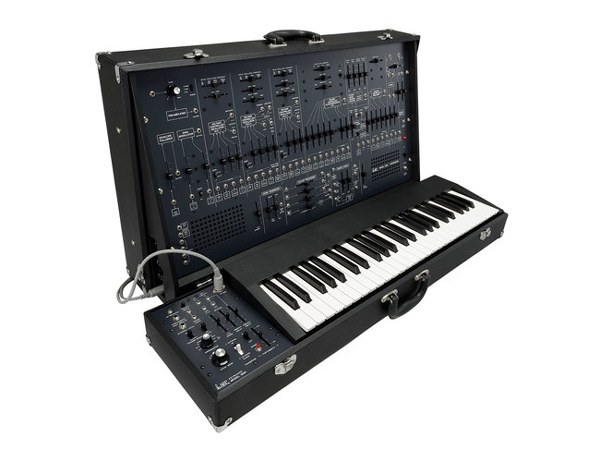 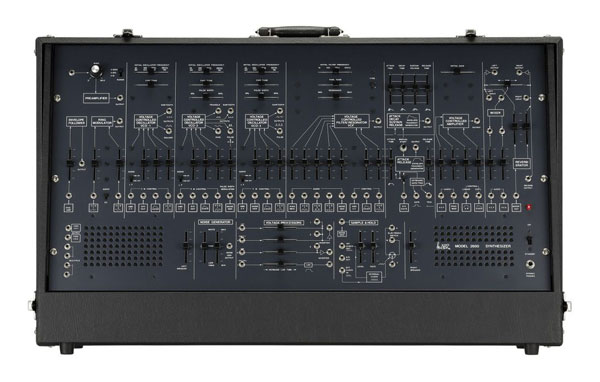 The ARP 2600 FS is currently still for sale online at reverb.com in unopened packaging at 2 to 3 times the original price, but I do not wish to participate in such speculations + such amounts are no longer in proportion at all to the true value of such a synthesizer (it remains a replica and not an original machine from the 70's).

In the meantime the competition has not been idle and behringer released the behringer 2600 a few months ago, a much smaller 19" rack version of an ARP 2600 (at 1/5 of the original price of the ARP 2600 FS shown above): 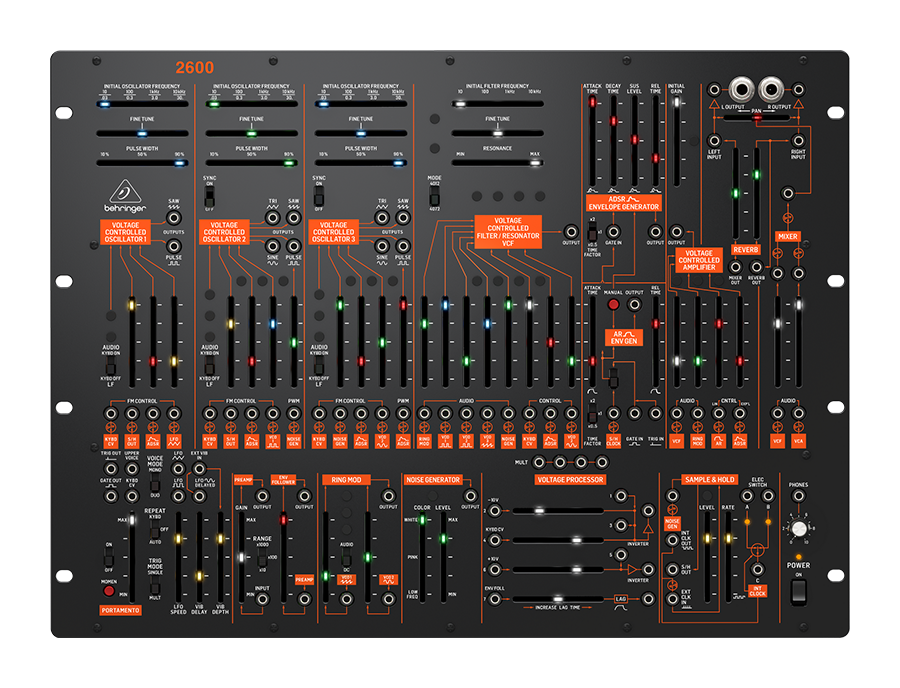 This machine is electronically wise a contemporary authentic reproduction of the electronic circuitry of an ARP Model 2600 with matching transistors and JFETs. More specifically, this is a reproduction of the last model of the ARP 2600 that was produced by ARP from 1975 to 1980 (this was actually the ARP 2601). This can also be seen in it's appearance because it has a black control panel with white lettering in orange boxes. But behringer actually states that they have combined the best of all ARP 2600 models into a kind of ideal version. This was done in collaboration with Rob Keeble from AMSynths, a well-known designer of analogue modular synthesizers.

Even though attempts were made to get as close as possible to the sound and user experience of an original ARP 2600, the behringer 2600 differs a bit from an ARP 2600 here and there:

However, there are also 2 'special editions' of the behringer 2600 available: 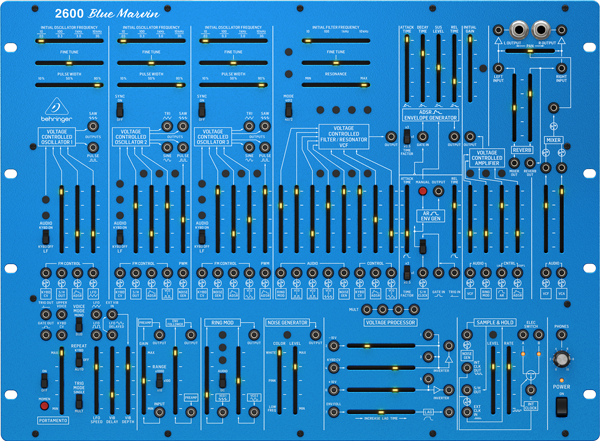 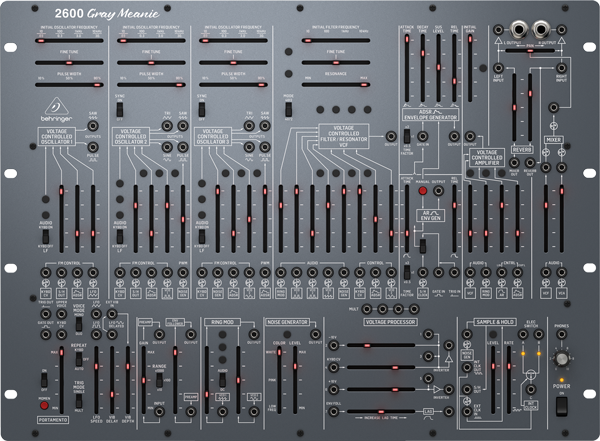 But since I am not exactly a fan of primitive mechanical spring revebs, I chose the regular behringer 2600 (the digital imitation sounds very good by the way) + I also like it better in black with white lettering in orange boxes + I also like the LEDs in different colors on the faders (especially during the Christmas period :-)

A brief explanation about the synthesizer itself: it is a fully analogue synthesizer of the semi-modular type, so it is a modular synthesizer with a lot of connections to which have been predetermined, but where the signal path can be interrupted in many places. be with patch cables. It also has 3 VCOs, a multi-mode VCF, ADSR and AR, ring modulator, lag processor, sample & hold, noise generator, 2 LFOs, 58 faders, 15 buttons and 83 patch points.

In other words, everything is there to produce the typical synth sounds from the 70s and 80s, I immediately think of the iconic sounds of Joy Division, Depeche Mode and Vince Clarke, or the typical bleeps and burps of Jean-Michel. Jarre, or the spooky atmospheres from the old horror and science fiction movies, or, to top it all off, of course ... the voice of R2D2! 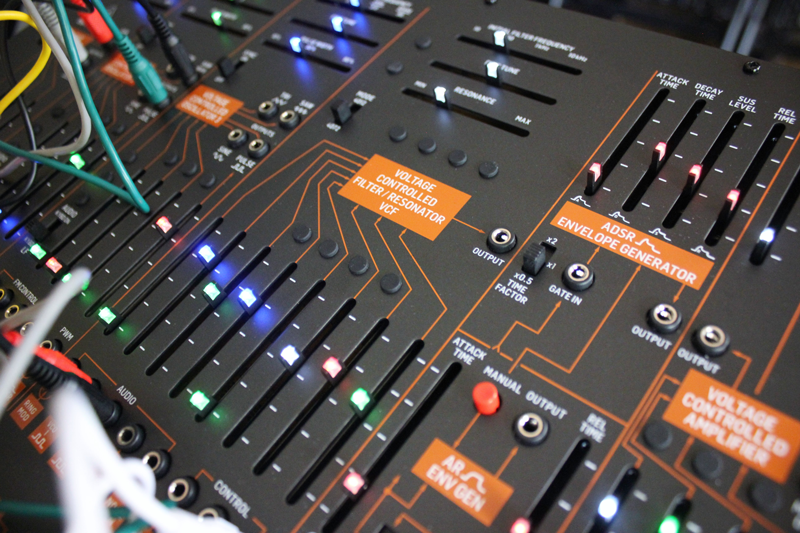