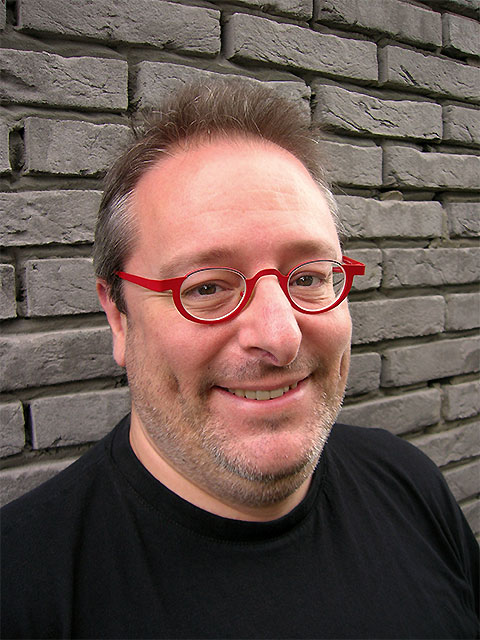 I was born April 10, 1967 in Mortsel, a small city situated 10 km south of Antwerp and 40 km north of Brussels. I lived my youth in Mortsel, I walked school at the Royal Athenaeum of Mortsel. There I got my first musical education, learning how to play the recorder. My teacher was Mrs Mariën, on a good day she asked me to baby-sit her two children. As a payment she suggested to give me private lessons playing the piano. I accepted this proposal and this was the start of a new world for me, the world of playing real music, because playing the recorder wasn't that inspiring. She gave me private lessons for almost a year, but in the end it was getting 'to classical' for me, I was more into pop music, mainly punk and new wave, than into 'etudes' and 'preludes', so I stopped the lessons and the baby-sitting. But today I can say the lessons of Mrs Mariën were the start of my musical development... (together with my late grandfather, he bought me my first keyboard to practise my piano lessons, without him, nothing would ever have been possible).

At the age of fifteen I bought my first synthesizer (a KORG MS 20), I changed school and went to Sint Lucas Paviljoen in Antwerp to study graphical arts and painting. I succeeded the 3 years of education but in the end, the fun of drawing and painting was long gone. I found out I could express myself much better with music and sound then with pen, paper, ink or paint. I continued buying synthesizers, a Roland SH 1, SH 2, SH 5, SH 101, Jupiter 4, Juno 106, D 10, D 50, D 70, an Ensoniq Mirage 12-bit sampler and two Roland S 10 12-bit sampler. I also started experimenting with MIDI sequencing, at first with a KORG SQD 1, a year later I changed to my first computer, an Atari 1040 ST-E loaded with the software-package Notator SL from C-Lab/Emagic.

During the early '80s studios didn't mean a lot to me yet, I was much more into performing music on stage with a synthesizer show that was quite unique for those days. The name 'Delta Music' was already in use.

During this period I became a member of SABAM in Brussels, the Belgian Society of Authors, Composers and Publishers.

At the age of eighteen I started my higher education by studying audio/video editing techniques at the HRITCS in Brussels. This gave me a basic technical education in audio and video, but I wanted a more music-based education so I went to the Music Conservatory in Antwerp to study electronic composition & synthesizer techniques with Joris de Laet of SEM (Studio for Experimental Music) as a 'free student'. I also wanted a more academic view on music and I started studying musicology at the Catholic University of Leuven, again as a 'free student'. These years of studying gave me a good basic education in music, but only there were I needed it, as a free student I could skip all the boring stuff and study only these things that were interesting to me. Once my theoretical needs in music were fulfilled, I thought it important to gain a good scientific view on audio and I started studying acoustics, psycho-acoustics and digital signal processing at the NOS in Hilversum (The Netherlands). This gave me a very scientific background on sound in general, on the perception of sound by the human brain and on the behaviour of sound WAVES in an acoustic environment. I also attended a one year's course at RBS - The Producers Workshop in Rotterdam (The Netherlands), this gave me a basic view on commercial music production and studio techniques + it provided me the possibility to attend some producers workshops by Tony Visconti (DAVID Bowie, The Cure) and George Martin (The Beatles), which were very interesting! For a short time I also worked as a junior assistant engineer at the Wisseloord Studio's in Hilversum, this also gave me more experience in music productions, as I had an inside view on recording sessions by major international recording artists as DAVID Bowie, Simple Minds, Franky Goes To Hollywood, Grace Jones, etc...

During this period I became a Full Member of the AES (Audio Engineering Society) in New York, the society of audio engineers.

Then came the time to accomplish the (obliged by law) one year military service in Belgium. After pulling some strings I was able to start my military service as an audio engineer at the Cinematographic Service of the Belgian Ground Forces (CDLM-SCFT) in Brussels. In this year I recorded hundreds of tanks, airplanes, helicopters and complete military exercises all over Belgium and I edited the sound of military educational video and film productions. One day they needed a piece of background music for one of these educational military video's and this was my start in making music for film video and video. After having fulfilled my military service, I started working at the Royal Ballet of Flanders in Antwerp as a stagehand/assistant sound engineer for the musicals Evita, Chicago and Dear Fox and later as FOH Audio Engineer for the musical West Side Story. In this period I also started working as a freelance studio engineer, I worked in quite a few Belgian recording studios, recording, mixing and mastering all kinds of music.

In 1995, I started my own private studio with the name 'Delta Music - Midi Studio & Music Composing' in Edegem. The studio was based around the first version of Pro Tools on an Apple Macintosh computer (in those days Pro Tools was a very expensive 2-4 track audio editor). I also started working with the first version of Logic Pro (called Logic Audio Platinum) on an Mac, the successor of Notator SL on Atari. It didn't take me long to realize these software technologies were the future of music production and I started specializing in working with Pro Tools and Logic Audio Platinum.

In 2005-2006 I invested heavily and I bought the biggest Pro Tools | HDX system that was available + new stereo 2.0 en 2.1 reference monitoring + 5.1 surround reference monitoring + almost all the equipment in the studio that is present today (with the exception of my collection of synthesizers). The name of the studio was changed to 'Delta Music - Pro Tools | HDX Mix & Mastering Suite' and on August 1, 2006 I started the exploitation of the new studio.

But then disaster struck: a few weeks after the new start I endured three heart attacks and four stents were placed in my coronary arteries. But my heart was damaged to such an extent that my doctors didn't allow me to work anymore. I rehabilitated intensively but suffered a fourth heart attack in 2007, and then I rehabilitated for two more years. Eventually at the end of 2009 I received the permission to go back to work. The studio in Mortsel was reopened, but actually I was not yet sufficiently recovered to actually do music productions again...

In this difficult period I also met Greet Steegmans and in 2009 we decided to build a new home in Sint-Truiden, with on the ground floor a brand new recording studio. End 2010 the old studio in Mortsel was disassembled and we moved to Sint-Truiden. But here too, not everything went without a hitch, because of errors in the structural shell work. I was confronted with many months of delay and waiting for repairs before I could start building the acoustic and technical design of the new recording studio. The name of the studio was changed one more time and now it's called 'Delta Music Belgium - Pro Tools | HDX Studio', probably forever.

And In the meantime I am a married man and the proud father of a beautiful daughter! (for the record: actually I was a father first and a married man two weeks later, just as we planned in the first place)

But eventually the problems kept dragging on. The opening was originally scheduled to take place on October 01, 2012, but a water leak in the Control Room, again a structural problem, has delayed everything for two more years to come, it's only since today, September 25, 2014, I'm able to finally open my doors for business again. During that last two years I tried to keep everyone informed by regular posting on my news page, for example, during more then one year you could hear the sound of a falling rain drop on my news page, until the day that I was confident enough about the leak being adequately under control. Actually the leak has not been repaired yet, I have been obliged to start a lawsuit against the contractor and the architect and it can take many months before the cause is finally determined, responsibilities are determined and the leak can be repaired from a judicial point of view.

Anyway, today 'Delta Music Belgium - Pro Tools | HDX Studio' has become a beautiful studio, with high-end audio equipment and a man behind the buttons with more than 25 years experience in sound engineering. My health condition requires me to slow down a bit and I try to avoid stress as much as possible. The result is that I take the liberty to choose what work I agree to do, I think a job offer is not appropriate for me, I prefer to present it to another studio. The jobs that I agree to I perform confidently in a serene atmosphere, to the best possible end result.

And I certainly hope my activities may continue and perhaps even expand in the coming years because... music was my first love and it will be my last! (to end up with a beautiful platitude :-)

Thanks for reading this, 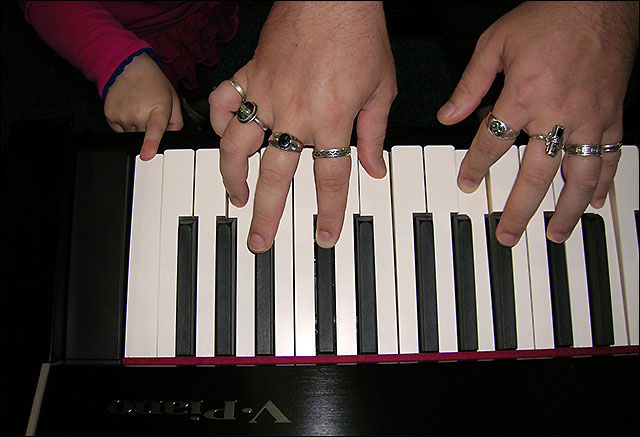